Titan Entertainment are going to be taking part in New York Comic Con 2017, and bringing with them plenty of exclusives for the show from their vinyl TITANS line, including Game of Thrones, Pulp Fiction, Over the Garden Wall, and Preacher figures. You’ll be able to find them at the Titan Entertainment Booth #2142.

Here’s a look at each of those exclusives:
GAME OF THRONES
For the first time, the enigmatic Night King and one of his White Walkers are available to buy as an exclusive Game of Thrones 3” TITANS twin-pack – captured with an exclusive-to-NYCC blue icy glow-in-the-dark finish and a javelin accessory, the Northern threat can be yours at Booth #2142! 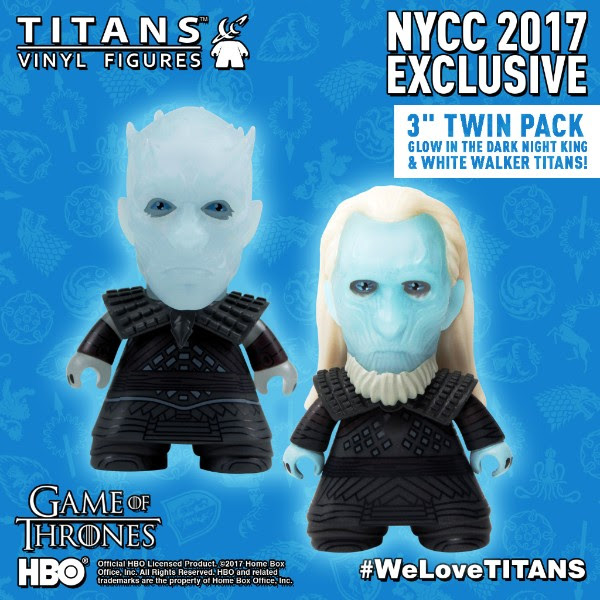 It wouldn’t be the Titan booth without some Doctor Who greatness and we’re bringing a brand-new exclusive 4.5” blue-tinted glow-in-the-dark TARDIS TITAN to the show! This unique variant on our 4.5” TITAN TARDIS features classic Whovian details like the St John’s Ambulance logo. 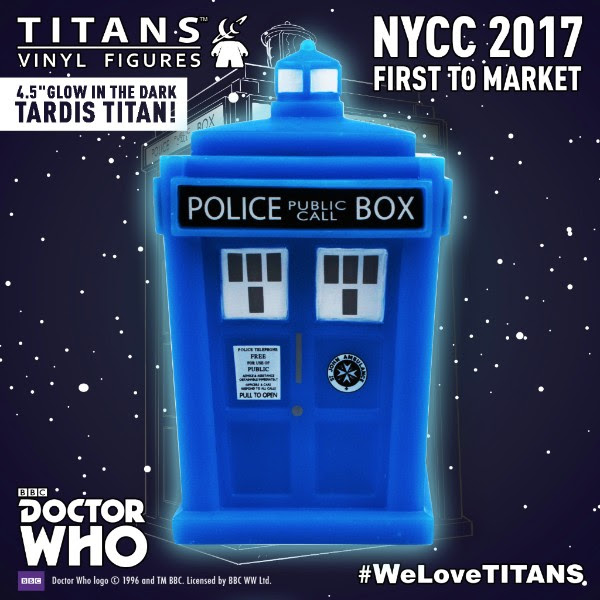 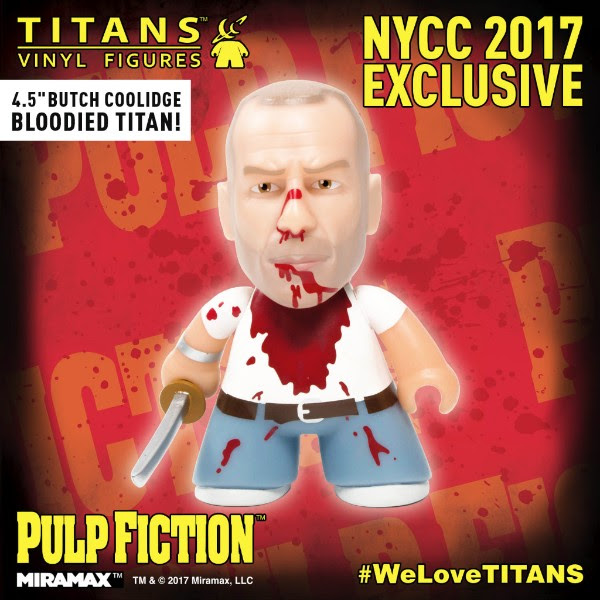 OVER THE GARDEN WALL
NYCC kicks off October – Halloween month! – and Halloween is always the time for Cartoon Network’s multi-award-winning Over The Garden Wall! You can see your lost fraternal heroes like never before with Wirt and Greg in an exclusive Snowbound 3” TITANS twin-pack, recreating the final episode of this amazing & beautiful fan favourite! Explore the Unknown with the snow-swept brothers, in the company of Greg’s mysterious singing frog, Jason Funderburker, and their all-knowing, ever-stubborn companion, Beatrice the bluebird! 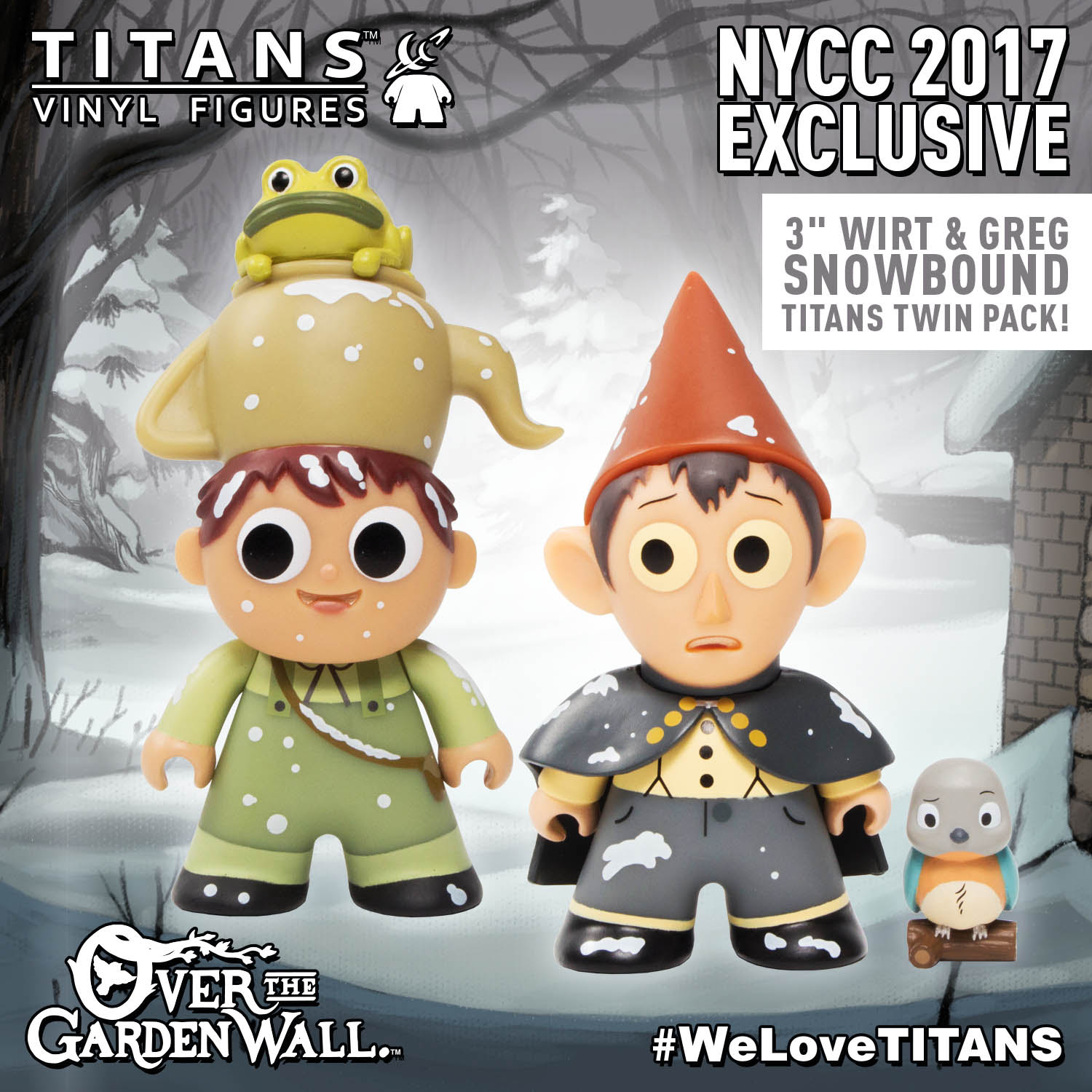 PREACHER
And finally – it is the time of the Preacher! Seize the powers of heaven and hell with our 4.5” exclusive Jesse Custer and Bloodsoaked Cassidy TITANS! Jesse comes dressed in his classic bible-thumping preacher outfit (with Holy Bible accessory), while Cassidy is caked in blood after his airplane vampire massacre (and comes with – what else! – a whiskey bottle accessory). Each character is individually window-boxed. Look out for matching 3” versions of Jesse and Cassidy in our upcoming 3” blind-box Preacher TITANS Collection! 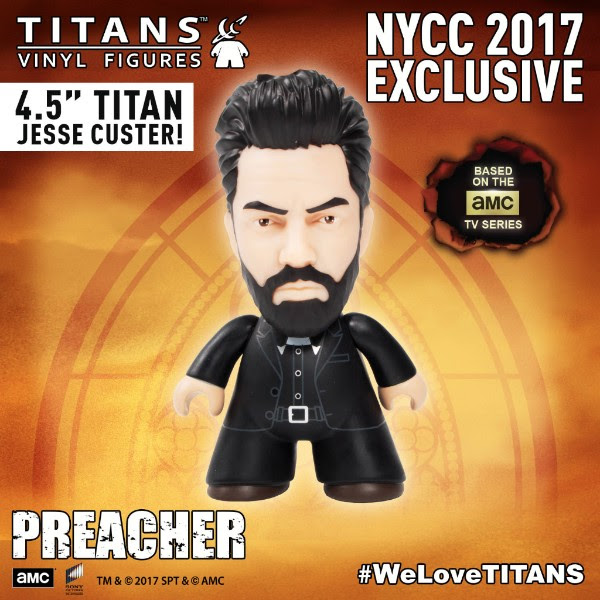 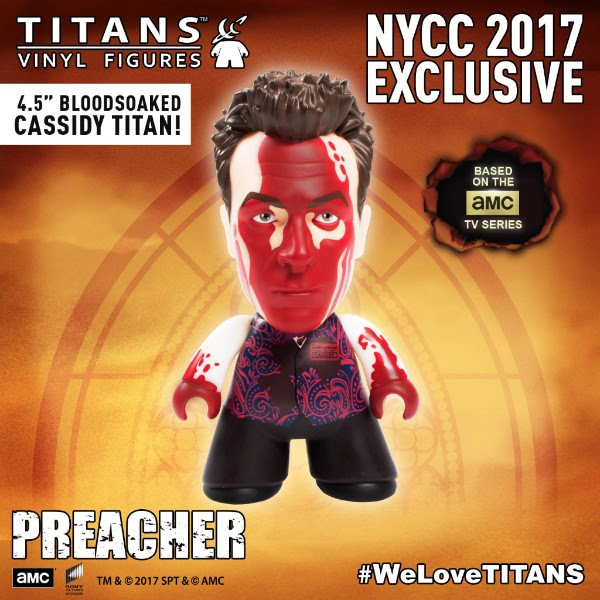