ComiXology is going to wow fans at New York Comic Con this week by offering them the chance to have their photo taken at the comiXology booth either singly, or posing with a comic creator, and to walk away with those images on a trading card as well as with a digital copy online.

The comic pros who will be taking part in this incentive include Scott Snyder, Marjorie Liu, Sanford Greene, Jeremy Whitley, Katie Cook, Dustin Nguyen and more. 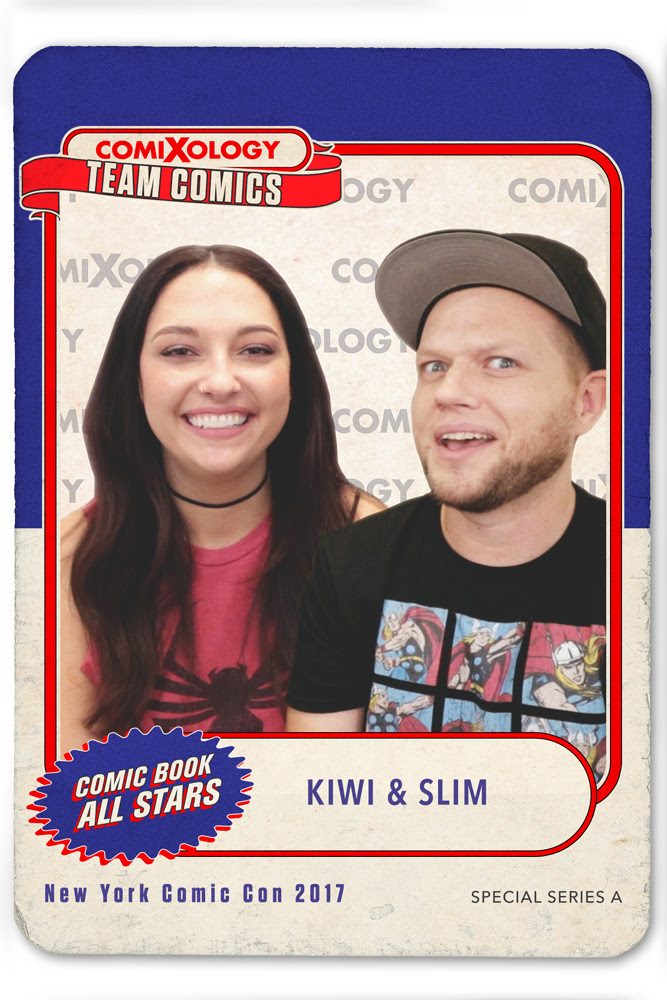 These Comic Book All Star Trading Cards are part of ComiXology’s wider NYCC 2017 plans, which include sponsoring Artist Alley celebrating with a 10th Anniversary Party on Friday, October 6th, open to all.
ComiXology co-founder and CEO David Steinberger says:

We’ve had incredible success with our Comic Book All Stars Trading Cards. Now we’re putting the focus on fans to show our appreciation by making them a part of our Comic Book All Stars Trading Cards. Everyone loves a selfie, especially one with glamorous lighting, right? I encourage fans to stop by our trading card photo booth to take their photo and pose with the talented people who craft the stories we love.

Preview: Constantine Gets A Rude Awakening In ‘John Constantine: Hellblazer’ #10