The first batch of comics for 2021 came out this week and there was a great deal on offer too. A promising start for the year ahead if the quality of the comics at the start if this year is anything to go by. But, we had to pick just three, so which three did we pick to recommend to you, or discerning readers?

The Vain #4 may be a bit of a downer but so much has changed since the first issue. The Blood Bandits had a code then (or at least it seemed like they did). Felix is in a completely different place (that glimpse at his office…).

Rahal and Pearson have put a lot of thought into how vampires fit into each decade and it’s been fascinating watching Lost handle North’s challenges to her leadership. She’s really trying to ensure the whole group has a say. Stresing and Kahn’s colors help expose the darkness behind the glitz and put them in sharp contrast, while Crank!’s speech bubbles establish a natural rhythm to the conversations. – Rachel Bellwoar 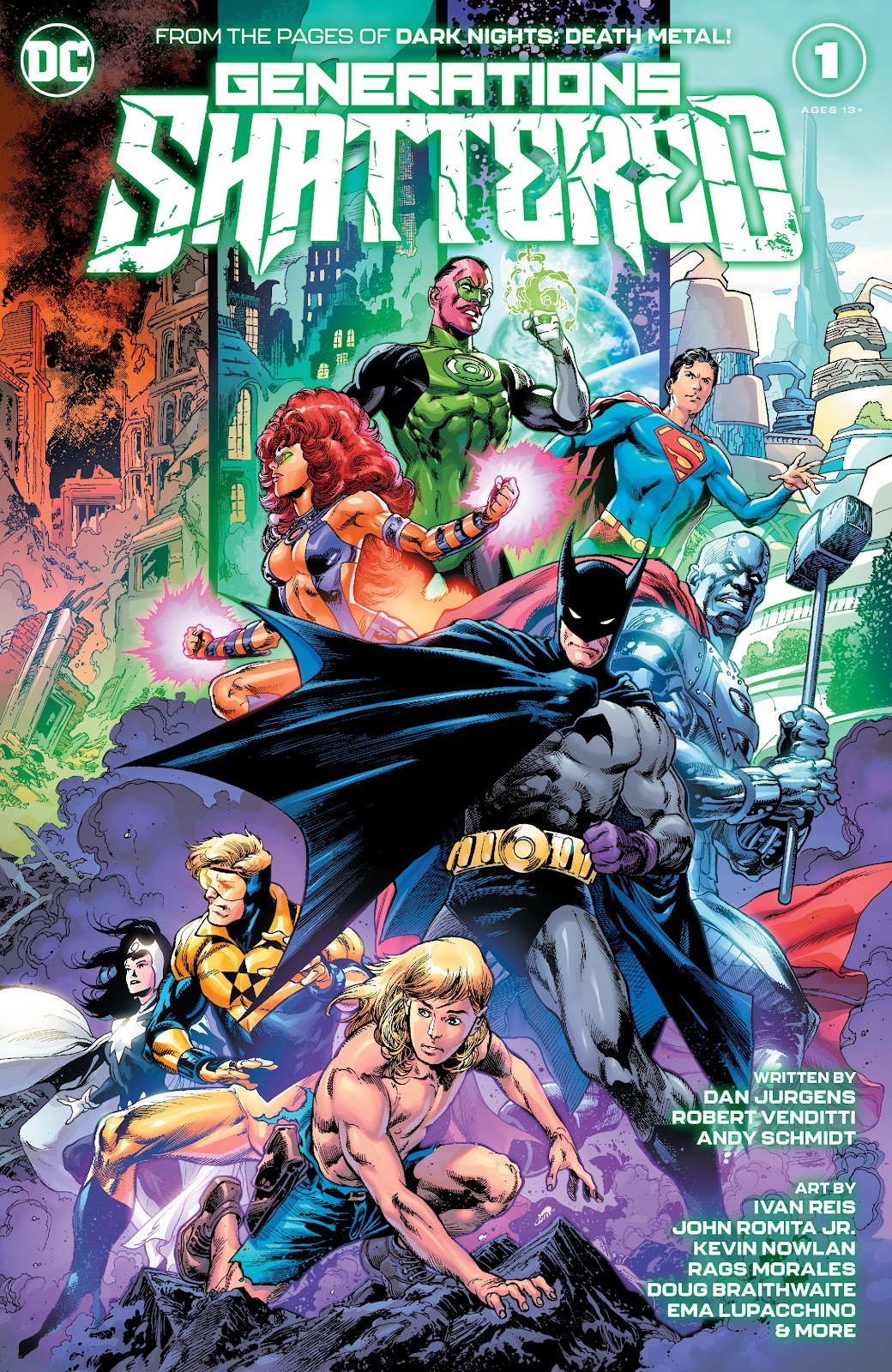 In a week that saw the climactic conclusion to one crisis, the DCU was immediately thrown into yet another on in this barn-storming, blockbuster of a comic book. A trip through the greatest eras of the DCU taking in the Giffen/Levitz era Legion of Super-Heroes as well as the Wolfman/Perez New Teen titans all brilliantly illustrated in widescreen action by some of the best.

It’s doubly satisfying as it also included artists intrinsically linked to DC Comics major events of the past with the likes of Rag Morales and Dan Jurgens involved too. The latter as both writer and artist.

You may think you’re all washed out after Dark Nights: Death Metal, but trust me, you won’t want to miss this one. High concept, fast paced and awesome action! – Olly MacNamee

Writer: Ram V
Artist: Mike Perkins
Colorist: June Chung
Letterer: Aditya Bidikar
Ram V and Mike Perkins deliver in spades in this moody and memorable debut issue of Future State: Swamp Thing #1. While Ram V delivers an emotive and elegant script, Perkins provides the dark, detailed artwork that makes this one of the stand-out titles for me in the whole Future State slate of books. Homaging the past with their own fresh take on Alan Moore and Steve Bissette’s classic ‘Anatomy Lesson’, while forging a new future for comicdom’s favourite muck monster. – Olly MacNamee
Read the full review here.

Blue Beetle Vs. Maxwell Lord – Your First look At Tales from the Dark Multiverse: Infinite Crisis

Preview: New Secrets From B’s Past Surface In ‘BRZRKR’ #6